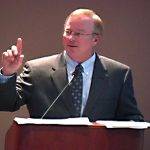 Resistance is Fertile!
As Egyptians demonstrate the power of People Power, we review the weeks coverage of California’s growing SMeter pushback movement – including passage of a moratorium ordinance in Capitola. Will PG&E headman Peter Darbee follow Egypt’s erstwhile strongman Mubarak into well-funded oblivion?
[ Scroll down for more stories and video links. ]

Smart meter shock: electrical hazards found in 3500 homes
Melissa Fyfe February 13, 2011 The Age – Australia
VICTORIA’S energy regulator has conceded smart meter contractors might lack required skills and is reviewing the qualifications of workers rolling out the $2 billion scheme.
The Sunday Age can also reveal that, in the course of their work, smart meter installers have identified dangerous and possibly life-threatening electrical hazards in 3500 Victorian homes….
This comes after the Electrical Trades Union raised concerns about skilled migrants working as installers with qualifications that would not pass Victorian standards. The Sunday Age believes the regulator is mostly concerned about the qualifications of Indian workers who come to Victoria via South Australia.
The regulator recently moved to allay fears over the smart meter program, after a Highett woman received an electric shock when her meter was incorrectly installed. It is understood the qualifications of the installer in that incident sparked the regulator’s concerns.

For Pacific Gas & Electric, 2010 was a horrendous year.

One of its big gas lines exploded, killing eight people and destroying a neighborhood. Investigators soon discovered that the company lacks even basic information about its gas lines and runs a safety and inspection regime that could generously be described as inadequate.

The company spent $46 million on a cynically self-serving voter initiative to block potential competitors — and lost.

Its initiative to install “smart meters” in millions of homes, to manage electricity distribution more efficiently, is facing a backlash from consumers who fear inaccurate meter readings and possible health effects. Many utilities have had trouble with these meters, and PG&E’s program was earlier and more ambitious than most, but an investigation ordered by the state found that the company’s poor customer service exacerbated its problems.

What consequences have PG&E and its executives faced for these blunders? None. The stock is doing just fine. The California Public Utilities Commission has awarded the company almost $30 million in bonuses for energy-saving targets that weren’t achieved. The company plans to hire a new gas operations executive, but no one has lost his job — except a hapless manager who thought it would be smart to spy on the online discussions of smart-meter opponents.

When it comes to accountability, PG&E is making Wall Street bankers look good. The company’s incompetence, arguably, has been matched only by the performance of its regulator…

ahumanright.org plans to buy satellite and provide free Internet access for entire world
For those of us who live in the developed world, internet access has become pretty much a given. It’s become so ubiquitous that we almost expect to have it at all times and in all places, but even in this “Information Age,” the majority of the world’s population lacks access to the internet – either because service isn’t available where they are, or they can’t afford it. Kosta Grammatis has a plan, however. Through his charity group ahumanright.org, Grammatis aims to set up a network of satellites that will provide free internet access to everyone in the world. He’s starting by attempting to buy a single used satellite that’s already in orbit and moving it to a location above a developing country.

The spacecraft in question is the Terrestar-1 communications satellite. Given that the company that owns it, Terrestar, has recently filed for bankruptcy, it may soon be up for sale.

Ember Needs A Wake-Up Call From The CIA
Forbes
Ember Corporation, a privately-held company based in Boston, MA with offices in the U.K. and China (Hong Kong) is a leading supplier of the “brains” of Smart Grid devices – semiconductor chips that enable the smart meter on your house to wirelessly send data about your power consumption to your power grid provider. It also allows your power company to control the supply of energy to every house in its service area up to and including a complete disconnection of service…
The Problem
The encryption keys that provide for ZigBee’s vaunted security are transmitted in plain text. That’s the equivalent of using the word “password” as your password…this needs to be addressed at the highest levels….

ElectromagneticHealth.org’s Letter to Parents on Fertility and Other Risks to Children from Wireless Technologies

Toyota exonerated by NHTSA-NASA study – no evidence of electronic glitches in run-away cars.

“NASA did not find an electronic cause of large throttle openings that can result in UA incidents.” Sage comments: No evidence just means the study could not replicate the conditions which could have caused unintended accelerations. It is by no means an ‘all clear’ for Toyota. The failure of ‘automatic shut-off systems’ should be investigated further, to see if spurious RF signals in the environment, that are growing at an exponential rate (wireless technologies, wireless devices, smart-grid wireless systems, etc) may over-ride or cause vulnerable electronic systems to malfunction, or fail.

Fencing Out the Smart meters

Marina resident and property manager Tobie Cecil has installed cages around the 142 electric and gas meters in the 70-unit apartment complex he manages on the Monterey Bay. But that’s not okay with PG&E as they attempt to deploy Smart Meters to every resident in the town of Marina. Yesterday a PG&E rep called Cecil and told him to remove the cages immediately or PG&E would call the Marina Fire Department to have fines issued.

Tobie Cecil: “We put up the meter cages and signs to announce to PG&E and the Wellington Energy installers that we and the 70 families at Marina Meadows Apartments do not want Smart Meters here because they pose health, financial, safety and privacy problems.”

Cecil subsequently spoke with Marina Fire Chief Harold Kelly who inspected the cages and said, “As long as the meters are accessible, they’re fine.”

Cecil said that he and his wife have gathered over 100 signatures from residents and neighbors who oppose the deployment of Smart Meters in their small coastal community….

CAPITOLA PASSES SMART METER MORATORIUM URGENCY ORDINANCE FOR ONE YEAR.
[ From a local activist – ]
Thanks to:
Karen Nevis – Karen has stayed calm and composed for nearly a year communicating with the city council and individual members on a regular basis and keeping them up to date on this dumb WIRELESS meter issue. No matter how closed some of the councilmembers have been (though Capitola also has a couple of the very best councilmembers and clerk in the state) and no matter how many disappointments were experienced, Karen stayed with it and last night she WON!

Marilyn Garrett – Marilyn has been pounding the pavement and city council meetings and every other kind of organization meeting you can imagine throughout the county of Santa Cruz and Monterey on an everyday basis for many years regarding this deceptive and well covered up issue of WIRELESS radiation.

Now, in 2011 and with two new council members, the issue was raised again.

One new member said she agreed with the opposition to the program, but didn’t think the ordinance could do anything.

The other new member had some doubts also about the effectiveness of the ordinance and he also interpreted the CCST report to show that the meters were safe rather than the proper interpretation to declare that the non-ionizing radiation effects, non thermal effects, needed to be further reviewed and in fact HAD NOT BEEN reported or considered by the CCST report.

But Michael Boyd, the fellow that has the petition filed with the PUC regarding many problems including the possibility of fire in San Bruno from the Wireless meters, told the council that they could red tag PG&E Wireless smart meters since they are NOT “UL” listed…. [This proved to be true on examination of a Smart Meter supplied by PG&E representatives.] FINAL RESULT: 4-1 PASSED

Get Internet Access When Your Government Shuts It Down
Does your government have an Internet kill-switch? Read our guide to Guerrilla Networking and be prepared for when the lines get cut.
By Patrick Miller, David Daw, PCWorld Jan 28, 2011 3:50 pm

These days, no popular movement goes without an Internet presence of some kind, whether it’s organizing on Facebook or spreading the word through Twitter. And as we’ve seen in Egypt, that means that your Internet connection can be the first to go. Whether you’re trying to check in with your family, contact your friends, or simply spread the word, here are a few ways to build some basic network connectivity when you can’t rely on your cellular or landline Internet connections.

And – last but not least – an excellent information site to check out:
Wireless Technologies & Health
Calling for Urgent Precautionary Measures
As modern technology evolves, we are exposed to more electromagnetic fields than before. Exercising precautions now, in light of early warnings, may help to prevent chronic illnesses later.

====
Please remember, your bite-size contributions on our Donate Page are what help keep us going