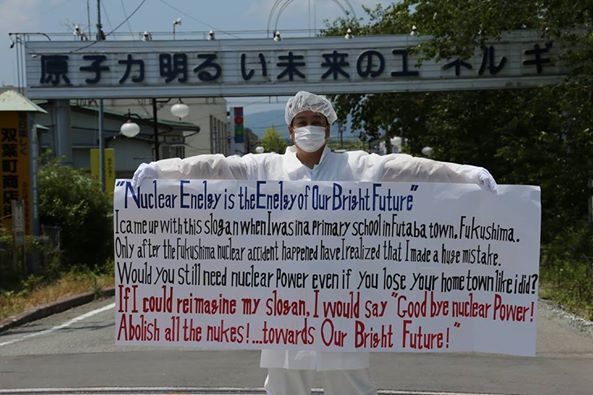 Context – Information is Empowerment – we need to know about these things in order to engage and do something about them. They form the overarching context for this report.
• Global Climate change – 6th Great Extinction of species
• Chemical / electromatnetic / radioactive pollution of the planetary biosphere
• Impending collapse of the war-based, free market economic system on track to destroy its host planet
• US/NATO ‘full spectrum dominance’ first-strike military posture re earth’s remaining resources
• The nuclear energy / ’waste’ / weapons connection

Nuclear energy/waste/weapons connection
A 1951 study undertaken by the AEC concluded that commercial nuclear reactors would not be economically feasible if they were used solely to produce electricity; they would be, however, if they also produced plutonium which could be sold.

The 1952 Annual Report for Commonwealth Edison is instructive on this point:
By “dual-purpose” we mean that the plants would be primarily for the production of power but would also would produce plutonium for military purposes as a by-product. In our judgment, these plants…would be justified from an economic standpoint only if a substantial value were assigned to the plutonium produced.”

In a document from the Los Alamos National Laboratory dated August, 1981, is this statement:
“There is no technical demarcation between the military and civilian reactor and there never was one. What has persisted over the decades is just the misconception that such a linkage does not exist.” Those guys ought to know.

Uranium In/Plutonium Out Deal
What finally got the private utilities interested in nuclear energy for electricity was that the government agreed to supply them with the uranium to power their reactors in return for the resulting plutonium.
Nuclear energy production MEANS nuclear weapons proliferation. For more see this.
Anyone who says they want nuclear power is essentially saying they favor nuclear weapons proliferation. Can’t have one without the other.
And it is vital to remember, any nuclear plant IS a potential nuclear weapon-in-place for terrorists.

Nuclear Irony
As the US and ‘partners’ negotiate with Iran over how many centrifuges Iran can have, Turkey has just announced plans to build up to 12 new nuclear reactors on it’s Mediteranian and Black Sea coasts with Russian, French and Japanese support. What’s wrong with THIS picture? Turkey’s nuclear projects to exceed $70 billion

What a ‘Limited Nuclear War’ Would Do to the Planet